Read the text and answer questions 1 to 3. 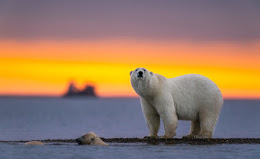 Polar bears are the world's largest land carnivore. They typically prey on seals and consume carcasses, such as those of dead whales. Although most polar bears are born on land, they spend most of their time on the frozen sea. Some polar bears have been seen swimming hundreds of miles from land, though they probably cover most of that distance by floating on sheets of ice.

Polar bears live in one of the planet's coldest environments and depend on a thick coat of insulated fur, which covers a layer of insulating fat. Fur even grows on the bottom of their paws, which protect against cold surfaces and provides a good grip on ice. The bear's stark white coat provide camouflage in snow and ice. However under this fur, polar bears have black skin - to efficiently absorb the sun's warming rays.

1. The text is describing a polar bear and to ...
A. tell about polar bears diet
B. inform how the polar bears stay on ice
C. remind people how to take care of polar bears
D. suggest people to protect polar bears from extinction

2. Polar bears protect themselves from harsh weather with ....
A. their layer of fat
B. their thick fur
C. their white fur
D. their black skin

3. How do Polar bears stand on the floating on sheets of ice?
They use their ....
A. heavy body to keep them balance
B. paw to take hold on the ice
C. thick fur to stay on ice
D. swimming ability to reach a sheet of ice

Read the text and answer questions 4 to 7.
The aurora often appears as curtains of lights, but they can also be arcs or spirals, often following lines of force in Earth's magnetic field. Most are green in color but sometimes you'll see a hint of pink, and strong displays might also have red, violet and white colors. The lights typically are seen in the far north - the nations bordering the Artic Ocean - Canada and Alaska, Scandinavian countries, Iceland, Greenland and Russia. But strong displays of lights can extend down into more southerly latitudes in the United States. And of course, the lights have a counterpart at Earth's south polar regions.

The colors in the aurora were also a source of mystery throughout human history. But science says that different gases in Earth's atmosphere give off different colors when they are excited. Oxygen gives off the green color of the aurora, for example. Nitrogen causes blue or red colors.

4. What does the text tell us about?
A. The history of Aurora.
B. The characteristic of Aurora.
C. The mystery of natural lights.
D. The brilliant light in Earth's atmospheres.
5. The different colour of aurora is caused by ....
A. the location of its appearance
B. the reflection of fire on the sky
C. the position of the Earth's magnetic field
D. the different gases in Earth's atmosphere
6. What happen when aurora appears in southerly latitudes in the United States?
A. It is more beautiful.
B. The lights are brighter.
C. The gases are lighter.
D. The colours are stronger.
7. This text will likely attract the the attention of students who ....
A. like to study about light
B. have high curiosity in colors
C. are interested in natural phenomenon
D. want to know more about Earth's magnetic field

The following text is for questions 8 to 11.
Guava is a plant native from Mexico and Central America, Northen South America, parts of the    Carribean, some parts of North Africa, and some parts of India.

A guava tree is not big. It is about 33 feet with spreading branches. The bark is smooth with green or reddish brown color. The plant branches are close to the ground.
Guavas are cultivated in many tropical and sub tropical countries for their edible fruit. The fruit is round or oval depending on the species. It is usually green when unripe, but becomes yellow or maroon when ripe. The flesh of the fruit is sweet or sour. The color of the flesh may be white, pink, yellow, or red, with the seeds in the central part of the flesh. The seeds are numerous but small. In some good varieties, they are edible. Guavas are rich with vitamins A and C, Omega-6, gutty acids and dietary fibers.

8. The guava is usually ... when unripe.
A. white
B. green
C. yellow
D. maroon
9. Based on the text, when does the third paragraph talk about?
A. The fruit of guavas.
B. The taste of guavas.
C. The size of a guava tree.
D. The colour of guava flesh
10. The underlined word in " ... for their edible fruit" is closest in meaning to something that can be ....
A. eaten
B. edited
C. planted
D. harvested
11. Guavas can be good for weight loss because they contain ....
A. small seeds
B. Omega - 3
C. dietary fibers
D. vitamins A and C
The following text is for questions 12 to 15.
Butterflies are type of insect with large and often colorful wings. They start out as eggs. They lay their eggs on leaves. The eggs hatch into caterpillars with tubular body. The caterpillar eats leaves, buds, or flowers of plants.

When a caterpillar is full sized, it goes into another stage called chrysalis. Caterpillars attach themselves to something solid before becoming a chrysalis. The caterpillar inside the chrysalis change into a butterfly. Some butterflies make the change in one week. Some others take years to change.

When the change is complete, the adult butterfly splits the chrysalis. The insect unfolds its wings and pumps blood and air into them. It spreads out the wings until they become dry and harder. The beautiful butterfly then flies to get nectar from flowers. Most butterflies live only one or two weeks.

12. What is the text mostly about?
A. Butterflies' life stages.
B. How a caterpillar lives.
C. How butterflies lay their eggs.
D. Physical characteristics of butterflies.
13. Why do butterflies fly to some flowers?
A. To get nectar.
B. To pump blood.
C. To get some food.
D. To dry their wings.
14. Where does a caterpillar change into a butterfly?
A. On the flower.
B. On the leaves.
C. Inside the chrysalis.
D. Inside the nectar.
15. The underlined word in  "The insect unfolds its wings ..." is closest in meaning to ....
A. opens
B. closes
C. flies
D. eats

Ostrich is a large flightless bird native to Africa. It is distinctive in its appearance with a long neck and legs. It has the ability to run at maximum speed of about 70 km/h, the top land speed of any bird. The Ostrich is the largest living species of bird and lays the largest egg of any living bird. The diet of the Ostrich mainly consist of plant, though it also eats insects. It lives in nomadic groups which consist of five to fifty birds. When threatened, the Ostrich will either hide itself by lying flat against the ground, or run away. Moreover, it can attack the enemy with a kick from its powerful legs.

Ostriches become sexually mature when they are 2 to 4 years old. Females mature about six months earlier than males. The mating begins in March or April and ends before September.

16. What is the text about?
A. The Ostrich.
B. The African Bird.
C. The Nomadic Bird.
D. The largest bird in Africa.
17. What does the Ostrich do when it is threatened?
A. Runs away.
B. Eats insects.
C. Sits quietly.
D. Lives in nomadic group.
18. What is the main idea of the second paragraph?
A. Ostrich is a large flightless bird native to Africa.
B. The ostrich is the largest living species of bird.
C. Mature ostrich mates in March to September.
D. The female ostrich mature six months earlier than males.
For questions 19 to 20, complete the paragraph with the correct words.
Jasmine or Yassamine, is a Persian word which means a gift from God. It is a kind of plants. It is one group of shrubs and vines family. It contains around 200 species, only one species comes from Europe, Asia, and Africa. From 200 species, only one species comes from Europe.

The plant grow all year round and lose their leaves in autumn. The flowers are 2.5 cm in diameter. They are white or yellow. They (19) ... grow in clusters. Each cluster can consist of at least three flowers (20) ... they also can be solitary. Each flower has about four to nine petals. They are usually very fragrant. 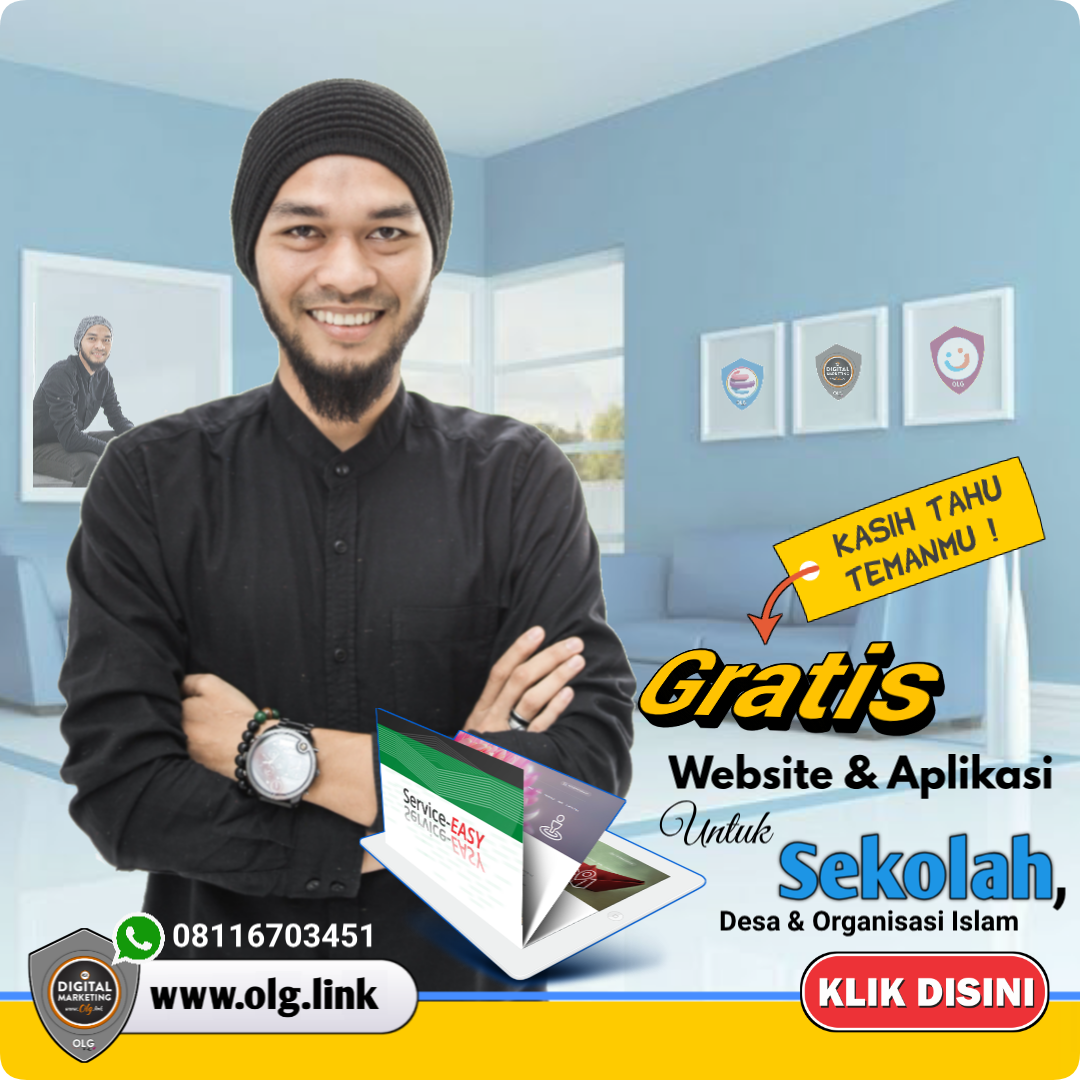